At the Villa Medici, Ramy Fischler devoted himself to the study of objects and spaces used for hosting residents and receiving members of the public. He also examined the phenomena of interaction and exchange that arise from the interplay between the varied cultural projects held at the Villa. This complex and continuously evolving issue raises many questions about the life of the institution, its form and its meaning. The answer partly lies locked in history, in the buried memory of the building, its grounds and the accumulated, juxtaposed objects that collect, layer upon layer, year upon year.

Ramy Fischler’s installation assembled objects and information taken from the entire body of written documents, images and objects found by combing through the Villa, its reserves, its archives and its inventories. The objects chosen were brought together and presented in the ateliers that line the garden’s walkways. Visitors, equipped with headsets and maps, were invited to discover the objects and pieces of furniture through the atelier windows. The objects have been part of the day-to-day life and backdrop of the Villa, and begin to take on different meanings when accompanied by hitherto unheard stories about them. New light is shed on the objects’ history and provenance but most importantly on the emotional, symbolic or political role the object held or still holds today in the life of the institution. The exhibition provided a way for the Villa’s unique heritage to be understood from a different angle. The Villa holds the history of the Académie de France à Rome but is in a sense ‘condemned’ to develop and reinvent itself constantly in service of this living place of creation. 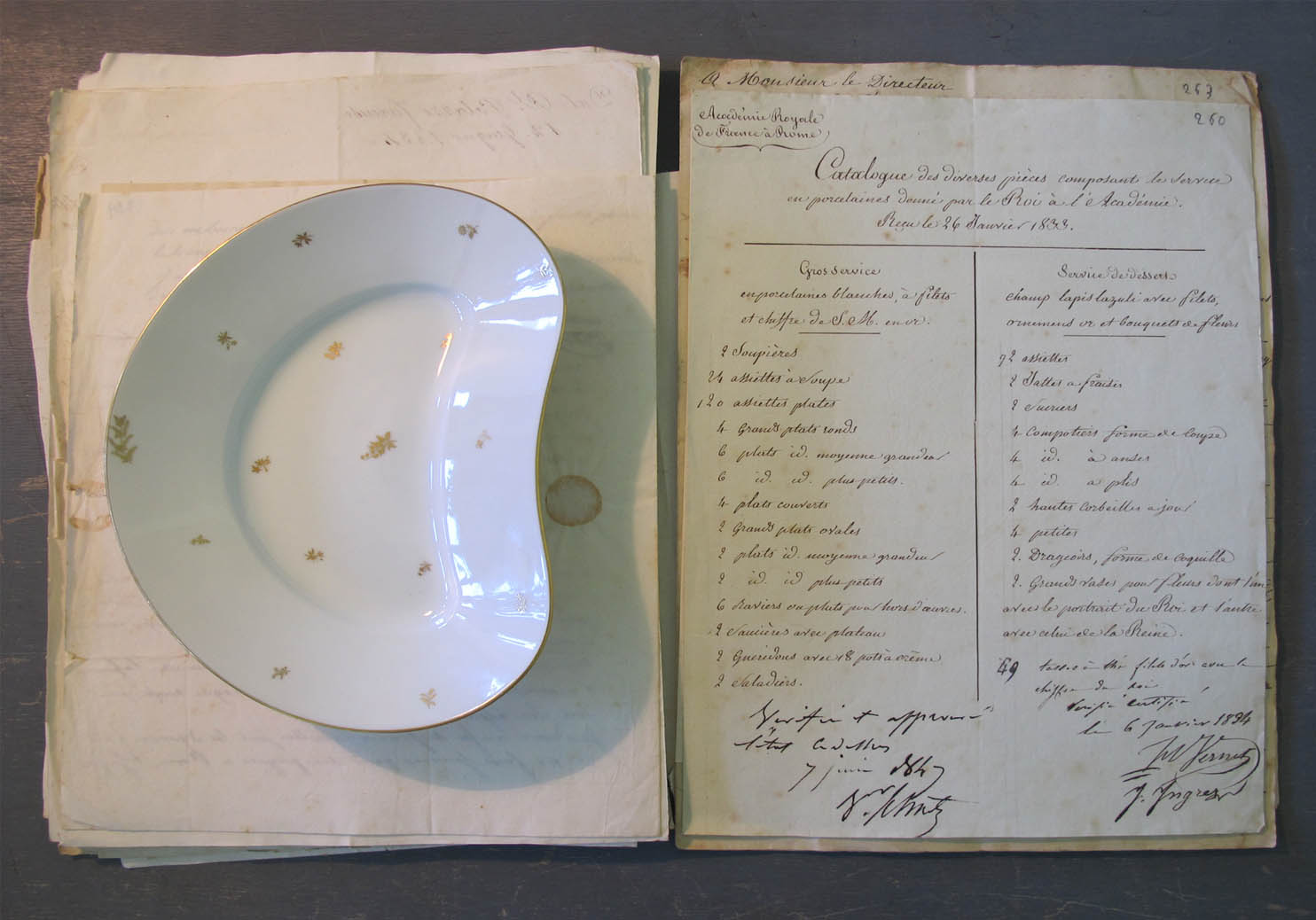