Exergue : Aside from the main subject matter of the tapestries, the exhibition became a way of experimenting with how to unite the stories of the resident artists, the royal manufacturing works and the Académie in one entrance hall designed for visitors.

A few months after Ramy Fischler arrived at the Villa Medici, the Malraux project started organising an exhibition of Nicolas Poussin’s tapestries. The tapestries were created posthumously from Poussin’s paintings inspired by the life of Moses. The designer chose to get involved in the project, creating the scenography for the exhibition. This provided an ideal opportunity to study the issue of reception of visitors, their route through the exhibition and ultimately, the meaning of visiting the Villa. These issues were at the heart of his research in Rome.

Through the devices he created, Ramy Fischler suggested a relationship and significance in the space left between the two institutions which live under the same roof but do not interact with each other; the body that organises events and exhibitions never works in partnership with the body that manages resident artists. This premise was expressed in four ways. Firstly woollen thread echoing the principal colours in the tapestries instilling distance and perspective and forming continuity between the different rooms and with the physical building. Secondly, folded sheet metal lecterns which gave rhythm to the exhibition and provided written material explaining associations, similarities or oppositions between the drawings, paintings and tapestries. Thirdly, fanzines, compiling extracts from the designer’s research and a selection of works from the Villa’s library showing elements of an investigation from which Ramy created stories building a fragment of France’s history. And finally, the table grafts in the cafeteria, a necessary point of passage for any visitor. These provided the opportunity to work on one of the many areas where the smallest modification has to obtain approval. Preferring to not interfere with the furniture, its arrangement or the use of the space, Ramy designed wooden modules that were integrated discreetly into the existing furniture and which served as catalysts for meaning and memory. The modules were like cultural transplants in a cafeteria reduced to its most simple expression. 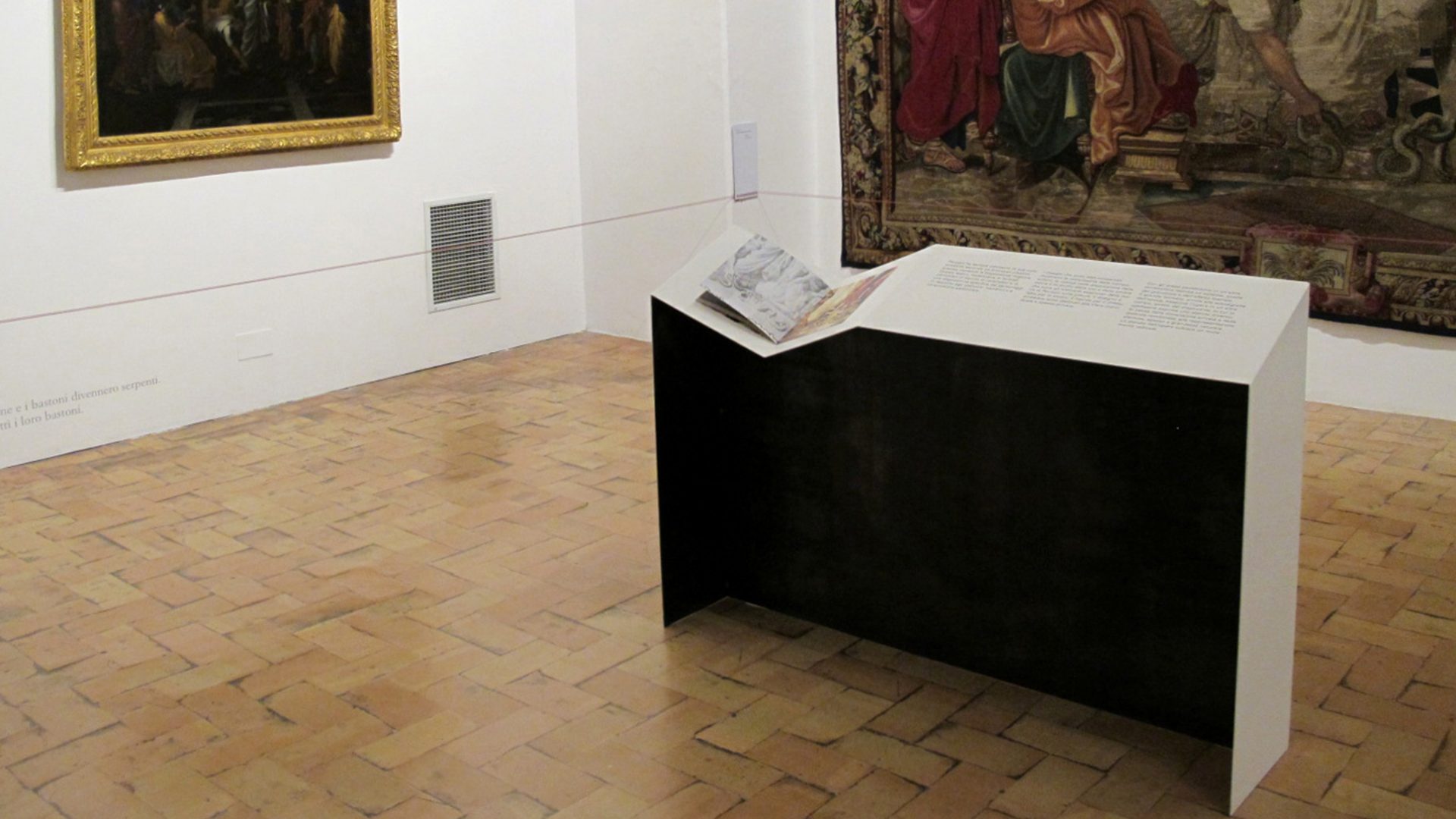