Exformation, an interactive installation inspired by the concept of “exformation,” was developed for a composition by Jesper Nordin performed by the Diotima string quartet and combines musical, luminous and colorimetric scores. Around the musicians, positioned on a technically equipped stage, three aluminium-edged cubes with LEDs mounted on circular rails move and angle their light in keeping with an algorithmic programme based on analysis of the spectrum, timbre and intensity of the music. This sensitive object becomes a total composition, a poetic, digital entity responding to the work played at its centre.

At the intersection of artistic disciplines, this project arose from conversations between Ramy Fischler and director Cyril Teste at Le Fresnoy in 2014 and their collaboration with the Swedish composer Jesper Nordin. Teste and Fischler are both fascinated by evolutions in the world of work and the nature of collaborative conception, and this is the first joint undertaking in their ongoing partnership. A generative, evolving object, a laboratory for new technologies and industrial applications, this luminous narrative offers a number of permutations. Its almost infinite cinematic and luminous possibilities offer the possibility of a huge range of performances in various artistic disciplines. Presented on its own, the object becomes autonomous and its simple presence – interacting with viewers via Gestrument software – is an event in itself. •

[1] The term “exformation” was first used by the Danish scientist Tor Nørretranders in his 1998 book  The User Illusion, to designate the shared knowledge that, as he argued, was essential to effective communication: the words, sounds and gestures of the speaker implicitly share a “context” with those listening, a context that constitutes the exformation. 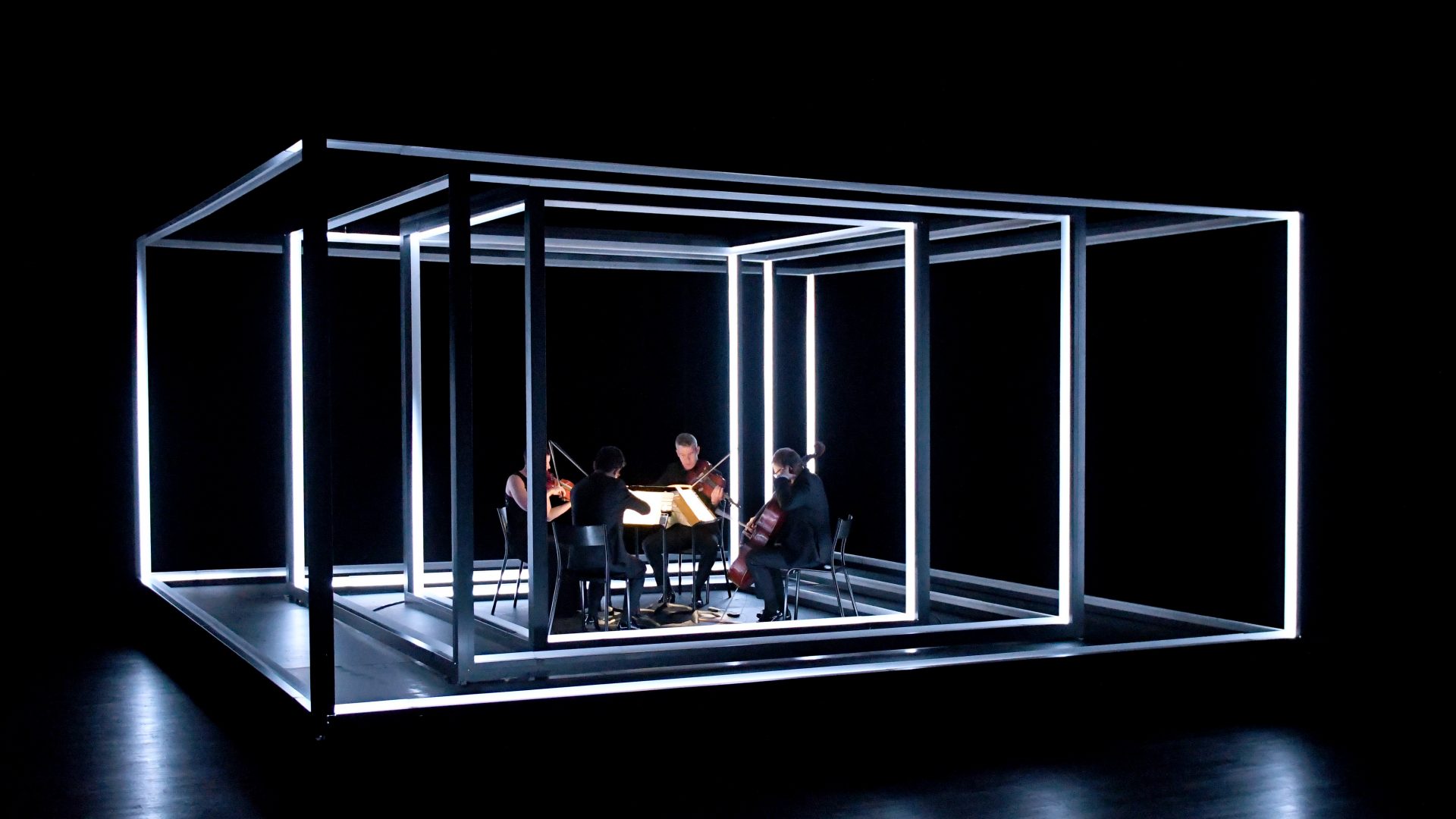