You could take a tour of the rive gauche apartments that overlook the Seine with a blindfold over your eyes. You can imagine the wood panelling, parquet floor creaking beneath your feet, the rooms becoming increasingly small and dark as you reach the more intimate quarters, and the long corridor stretching through like a backbone. And then one day, you push open the front door of one Saint-Germain-des-Prés apartment to reveal that yesterday’s bourgeois codes are no longer the pinnacle of our aspirations. The art of entertaining has been replaced by art de vivre, and partitioned spaces by trompe-l’oeil tricks. ‘It’s a box placed within a Parisian apartment’, says Ramy Fischler, the designer behind this design subversion commissioned by the thirty-something owner couple who own it. A box which still features some classical décor, such as the 18th century fireplace and wood panelling, but in which the private spaces follow new logic, and luxury and refinement are expressed in new ways. Out with ostentation: marble is everywhere in this apartment, it covers the bathroom and continues, in veneer, inside the cupboards and closets; the open-plan kitchen is a piece of architecture in itself, and the furniture simply accessorises what could function, aesthetically, as a standalone piece.

This is high minimalism, harmonising almost to vanishing point. Just a few works by Gordon Matta-Clarke and Raphaël Zarka punctuate the ensemble, but without taking over. It’s not about fantasising about the past or the future, says the designer: ‘It’s a loft, without being a loft’, he states, adding, ’I design an apartment, I don’t decorate it.’ Ramy Fischler has written a story in which the owners have gradually become the heroes. It is a story made up of three dimensions: living room, two bedrooms and two bathrooms, which now, only construction work could rewrite. But this isn’t on anyone’s agenda. The couple have just moved in and seem very happy inhabiting this story, created by a designer whose work they admire, and in whose hands they have entrusted another pied-à-terre. Another site where, once again, bygone bourgeois fantasies are gradually disappearing as the adventure unfolds. 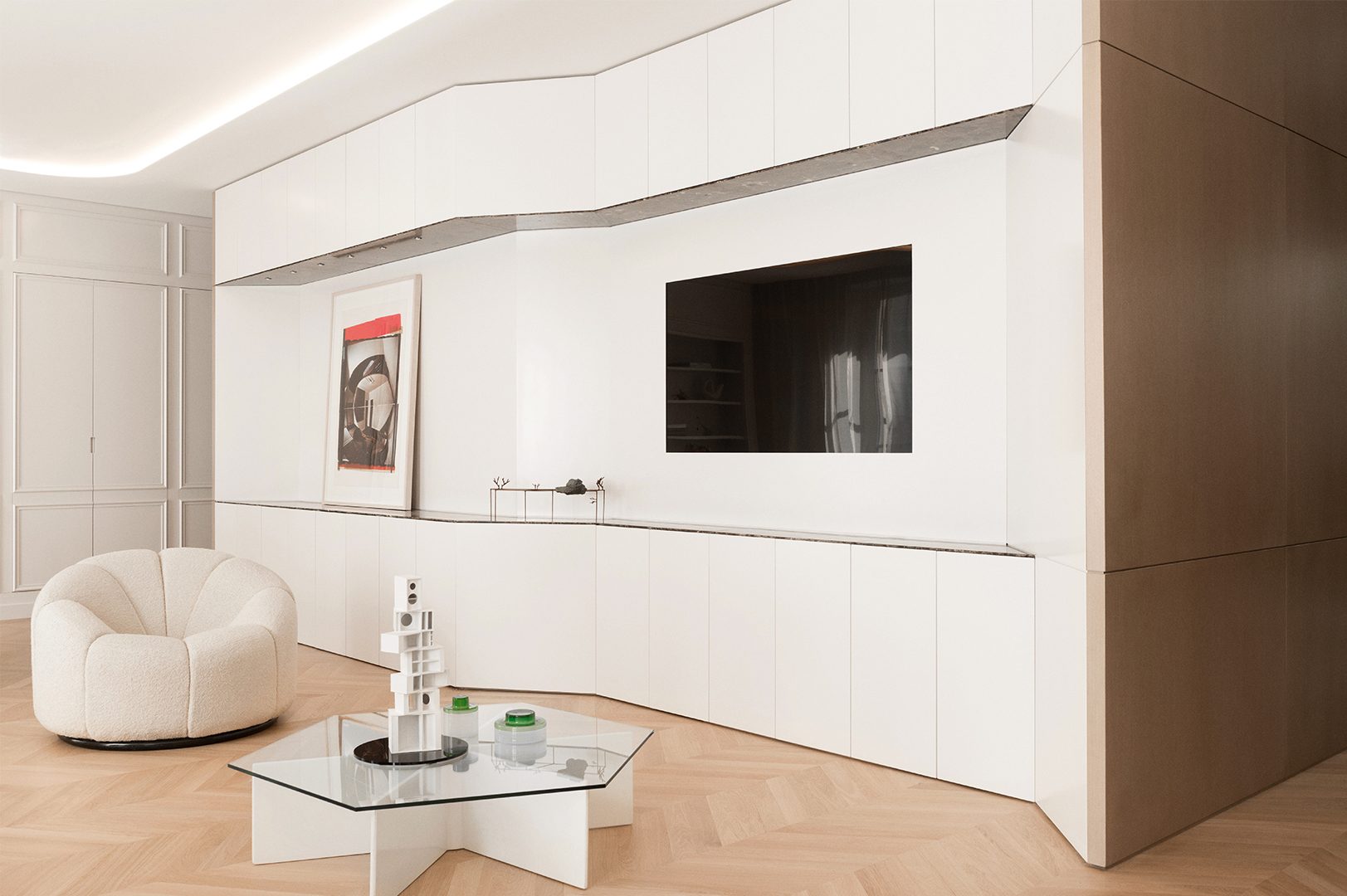